There are two different kinds of freckles. The more common of the two are ephelides, which are flat, light brown marks that tend to fluctuate with the seasons. They can get darker in summer and lighter in the winter time.

Nobody is born with them. Have you ever seen a newborn baby with freckles? Nope. Never. Despite what some people say, freckles are absolutely always from sun exposure.

They’re an indication of how sensitive your skin is to the sun. In some people, melanin is produced evenly through the skin. When it’s not, freckles are little clumps of melanin that fluctuate with the sun.

Not all redheads have them. While redheads have less melanin in their skin, contrary to popular belief, not all of them have freckles. They’re thought to be controlled by the same gene, but red hair is recessive, and freckles are a dominant trait. Roughly 80% of redheads have an MC1R gene.

In Medieval times, they were considered witches’ marks. Never mind the fact that men have and will alway be just as susceptible them–right up there with moles, warts, and birth marks—freckles were said to be indicative of a women’s allegiance to the devil. 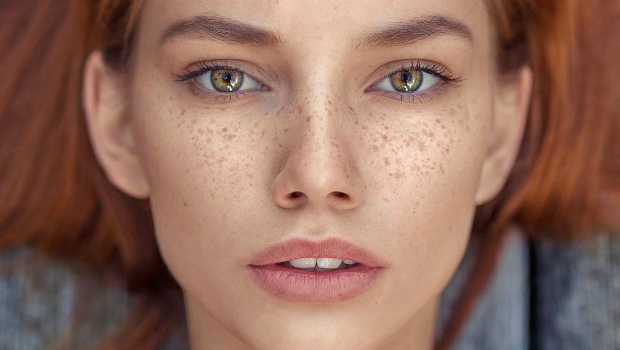